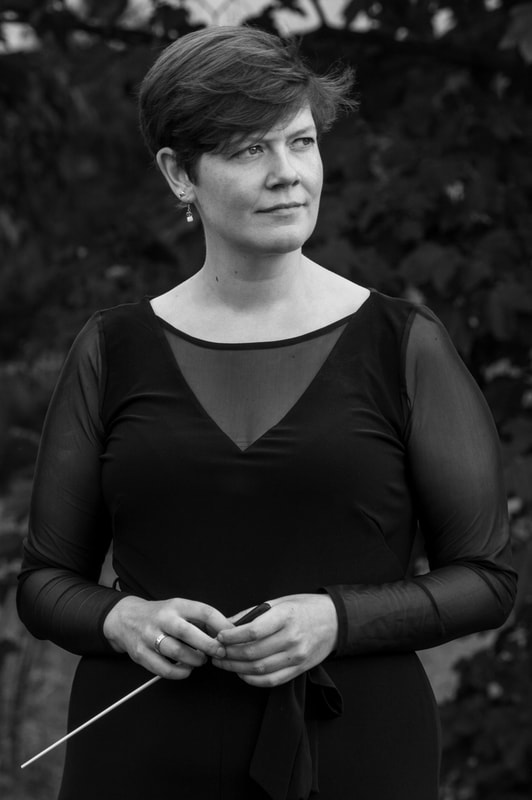 Rosie is a professional choral conductor and vocal coach. In 2016 she graduated from the Royal Welsh College of Music and Drama with an MA in Choral Conducting, where she received a scholarship from the Worshipful Company of Musicians. Her primary tutors were Neil Ferris and Sarah Tenant Flowers, and she also received tuition from Adrian Partington, Alice Farnham, James Burton and Paul Brough. Prior to this she studied Music and German at Cardiff University and the Freie Universität, Berlin, graduating with first-class honours in 2012 and receiving the David Evans prize.

Rosie is the Musical Director of Rainbow Voices LGBT+ Choir in Birmingham and Festival Chorus in Clapham.
​
She has worked as a freelance conductor in South Wales, as Musical Director of Cor Bro Ogwr in Bridgend, Caerphilly Community Chorus, and Songbirds LGBT Choir. In 2019 she was one of the Artistic Directors of Hand in Hand Festival, the biggest national LGBT Choir Festival in the UK, and is a patron of South Wales Gay Men’s Chorus.