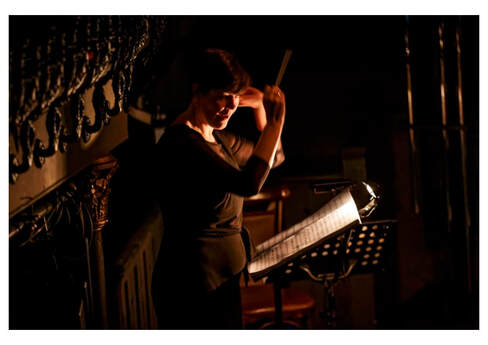 In 2019 she took part in the RPS Women Conductor's Conducting for Opera course at the National Opera Studio and Royal Opera House.